You are here: Home / Spirituality / The Power Of OM – Change Your Thoughts, Change Your Life! 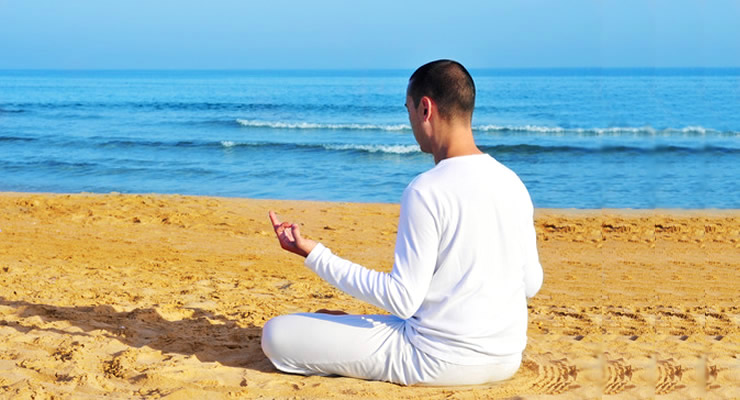 If words are weapons then thoughts are what create those weapons – their power for good or for evil has been recognized by humans for centuries. The universal sound OM (or AUM, as it phonetically should be pronounced), according to the Hindus and Buddhists, is representative of God himself and is therefore the most basic, natural and pristine sound that man has ever uttered.

According to Swami Vivekananda, “The first letter A is the root sound, the key which is pronounced without touching any part of the tongue or palate. U rolls from the very root to the end of the soundboard of the mouth and M represents the last sound in the series and is produced by the closed lips. Thus, OM represents the whole phenomena of sound-producing.”

OM in its most basic origin implies no particular religion or deity to worship; it has been chanted billions of times by the seekers of truth over the course of the human history independent of their creed, therefore, OM can be considered the most sacred of all sounds and in fact, as a syllable is the basis for every sound system in every language spoken by man. OM can literally be translated as “OM syllable” or “that which is sounded out loudly”.

So in practical terms, what can the sound OM do to us, people who are looking to live a well-balanced life filled with daily happiness and joy? Let’s have a look:

Do I think constructive thoughts?

Maybe the most important question to ask ourselves is – do I even think constructive thoughts, and if not, what is it that I can do to change those undesirable thought patterns?

You become what you think about all day long. ― Ralph Waldo Emerson

It is no longer a secret these days to most people that thoughts are things and what we think about on a daily basis is what we become! Yet, we all are inclined to believe that we think constructive thoughts, while only a tiny proportion to our waking hours is occupied with logical, consecutive thoughts; the rest of our time is filled to the brim with mental gibberish like:

You may feel in the blanks what your individual mental mishmash is but if you have an untrained mind like mine once was, I bet your list will be long.

So, to sum things up, because so few of us have learned to manage this mental carousel effectively, we are entirely conditioned by our environment. Anything that we come across in our daily life sticks to our mind and stays there for an indefinite amount of time; however, it doesn’t have to. We can sidestep our conditioning and start to create a new life experience that is healthier and happier to begin with and for that, we need to take charge of our thoughts!

The power of OM 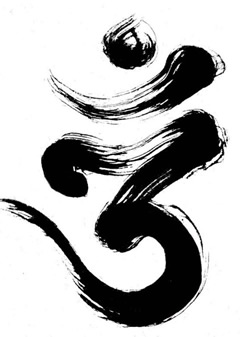 Depending on your belief system, you can substitute “God” with whatever word you think fit; the meaning of what follows will not change.

The true power of OM, really, can only be appreciated by practical experience. Starting to introduce the chanting of the sound OM in our daily meditation practice can sound like a completely mechanical process which many people will scoff at, however, since we always somehow are repeating words in our mind, why not repeat the name of God instead?

The human mind is an incredibly stubborn yet adaptable device so giving this process even a week of concentrated effort will likely boost your moods. Give it a month and true miracles start to happen because the mind is also a very clingy mechanism which means once it adopts a new thought pattern it can no longer live without it. This is what we want here, we want to replace our unconstructive thoughts with a universal “power-code”, which is in the case of OM is both a sound and an idea simultaneously that we can increasingly rely upon at any time in our lives. We litterelay call upon God!

Since OM as a syllable is so short and there is not much to think about except that we know it represents God, through constant practice the repetition will become automatic and in time no conscious effort will be required on our part.

You may ask, what if I am so violently disturbed by fear, anxiety or pain, that there is no chance for me to go into meditation let alone maintain rational thought? – This is exactly when OM comes into play.

Once your mind has accepted OM as something that it can’t live without, upon facing great strife in life it acts like the thermostat on a water heater – whenever it reaches an undesirable “temperature” it switches to its “survival mode” which means that the repetition of OM starts automatically and continues until necessary.

Maintain the practice, become it!

Of course, from the beginning the mere mechanical repetition of OM won’t be inspiring to you and you may have to meditate upon the meaning of OM too but if you persevere, the deeper meaning will be revealed and gradually the foggy mind will give way to concentrated thought.

It is simply impossible to repeat any word consistently without beginning to realize what reality it represents. So chanting OM inevitably invites meditation upon its meaning – one process follows naturally upon the other.

Unless you are very advanced in your spiritual practice, from the beginning you won’t be able to maintain concentration for longer than a few moments so in order to recapture your attention it is sometimes convenient to use a string of prayer beads thus linking thought with physical action. Depending on your lifestyle, prayer beads won’t be for everyone to wear in public but in the privacy of your home when you meditate these may prove to be a fantastic outlet for the nervous energy that might accumulate in your body and disturb the mind.

If you resolve to make a fixed amount of repetitions of OM every day the prayer beads will help you measure the progression so that your mind is not distracted by having to count.

The power of ritual

The power of ritual is undeniable. It is a scientifically proven fact that turn an action into a ritual and repeat it for 20 to 30 days, it becomes a habit and what we humans all are is really the sum total of our habits.

Thinking positive thoughts is a habit and thinking negative thoughts is a habit. On which side of this spectrum we want to walk is really a choice that we make every day. People who train their minds deliberately by meditation or other spiritual practices, make that choice consciously; people who let all kinds of thoughts slip into their mental system do not make a conscious choice therefore are subject to multiple external stimuli which at any time can blow them off their feet.

But why, necessarily, should I chant the OM sound, you may ask?

The answer is simple. Both the ancient scriptures of the Hindus, the Vedas, and Plato to name but a few postulate that since God is the basic, omnipresent principle that all existence rests upon it must be represented by the most basic and most comprehensive sounds of all, and that is OM!

April is a passionate blogger, singer, globetrotter as well as a nutrition and healthy lifestyle enthusiast. She is a certified Kundalini yoga teacher and a Reiki master. April currently lives and works in Amsterdam. April’s other topics of interest are meditation, holistic cooking, beauty care and pets.